Wexford is ideally positioned on the East Coast of Ireland with direct access to the European market. Offering excellent infrastructure, high calibre talent and a progressive local authority. Wexford is the ideal location for business growth, development and success. 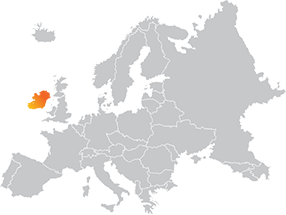 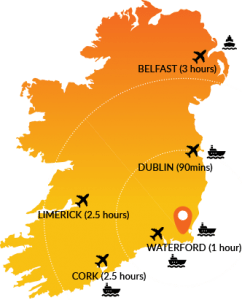 With significantly upgraded road infrastructure in the region along with good port, rail and air access, Wexford offers excellent connectivity into the rest of Ireland, Europe and beyond. Two major by-pass projects valued in excess of half a billion euros were undertaken in the county, the M11 extension, which included an additional 27km of motorway, opened in July 2019 and the N25 New Ross Bypass is due to open in Q1 2020. These infrastructure projects will provide an uninterrupted motorway from Wexford to Belfast along with faster access to the urban centres in the south and west of Ireland. 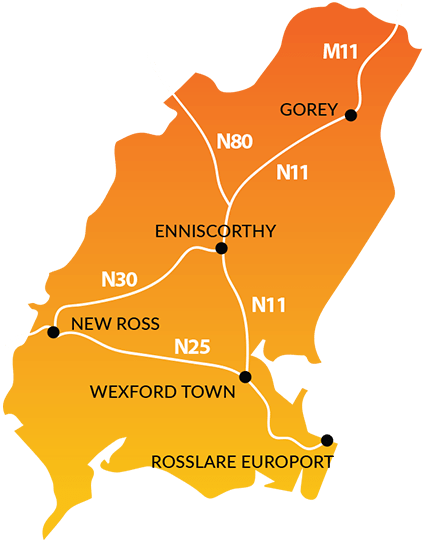 Key Indicators for Wexford in the SE region

0%
of the population is of working age
0
foreign-owned multinationals employing in excess of 15,500 in the South East
0
275,000 people make up our regional available labour force
0mins
from the heart of Dublin City
0%+
lower housing costs in the region
compared to Dublin
0%+
lower costs for businesses and employees

Thinking of relocating your business or opening a second site, think Wexford.

Looking for a new home for your business in Ireland? Wexford’s performance as a Foreign Investment location is ideal.
Call +353 (0)53 919 6555 for more information
or email hello@investwexford.ie.

This website uses cookies to improve your experience while you navigate through the website. Out of these cookies, the cookies that are categorized as necessary are stored on your browser as they are essential for the working of basic functionalities of the website. We also use third-party cookies that help us analyze and understand how you use this website. These cookies will be stored in your browser only with your consent. You also have the option to opt-out of these cookies. But opting out of some of these cookies may have an effect on your browsing experience.
Necessary Always Enabled
Necessary cookies are absolutely essential for the website to function properly. This category only includes cookies that ensures basic functionalities and security features of the website. These cookies do not store any personal information.
Non-necessary
Any cookies that may not be particularly necessary for the website to function and is used specifically to collect user personal data via analytics, ads, other embedded contents are termed as non-necessary cookies. It is mandatory to procure user consent prior to running these cookies on your website.
SAVE & ACCEPT
Get in touch

Fill out the form below to request a callback